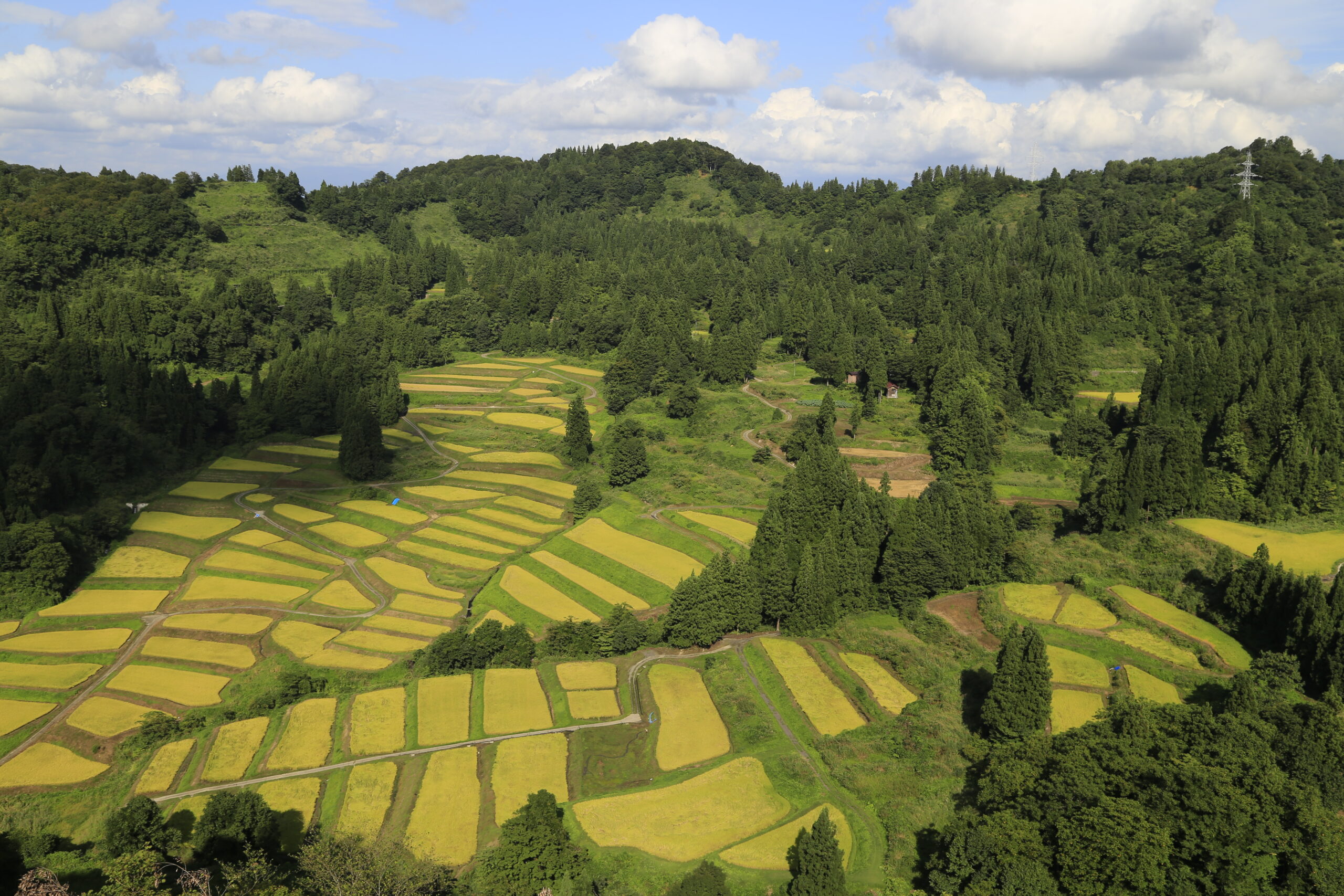 Tanada (rice terraces) are rice fields that line the mountain slopes like steps in a staircase. The tanada found resting high and low in the mountains of the Matsunoyama and Matsudai areas of Tokamachi City are some of the most impressive in all of Japan. Their appearance changes with the seasons, producing vibrantly different expressions as the year progresses. In spring and autumn, each field shines like a mirror as it reflects the setting sun – and in the winter, a snowy blanket is cast across the landscape, creating a serene, white winterscape. Tokamachi’s rice terraces attract thousands of photographers and tourists throughout the year; they are truly a sight to be seen! 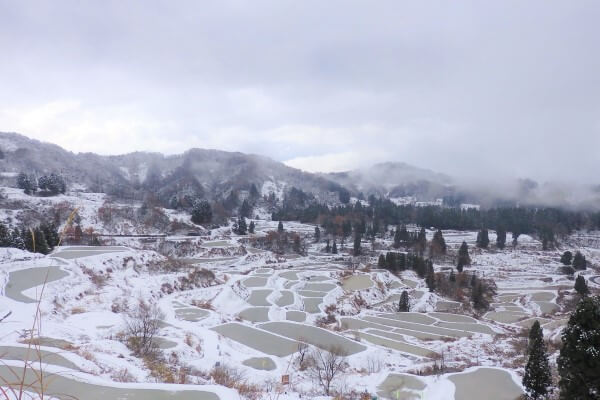 Japan is an extremely mountainous archipelago, two-thirds of which is covered in steeply rising peaks. Tōkamachi is tucked into a basin north of the Echigo Mountains, a region of rising hills with little in the way of flat, arable land. Wet-field rice farming, which has been the dominant agricultural pursuit in Japan for over two millennia, requires level ground in order to maintain a uniform water level when the fields are flooded. In order to grow rice, the residents of Tōkamachi have turned their gently sloping hills into terraced paddies.
Rice fields are normally irrigated by diverting a river, but rivers form in the valleys between mountains, not on their slopes. Instead, terraced rice fields must be created downhill from a natural water source, like a spring or pond—or, in the case of many of the Tōkamachi’s paddies, a beech grove. The roots of beech trees grow thickly and deeply, and their fallen leaves provide food for the microorganisms that live in the ground. Together, these traits create rich, dense soil around the trees that collects and holds rainwater and snowmelt, providing a natural water source.
Terraced rice fields have been a classic image within Japanese culture since at least the Edo period (1603–1867), when they were depicted in woodblock prints.

*The timing of these seasons may vary slightly each year. 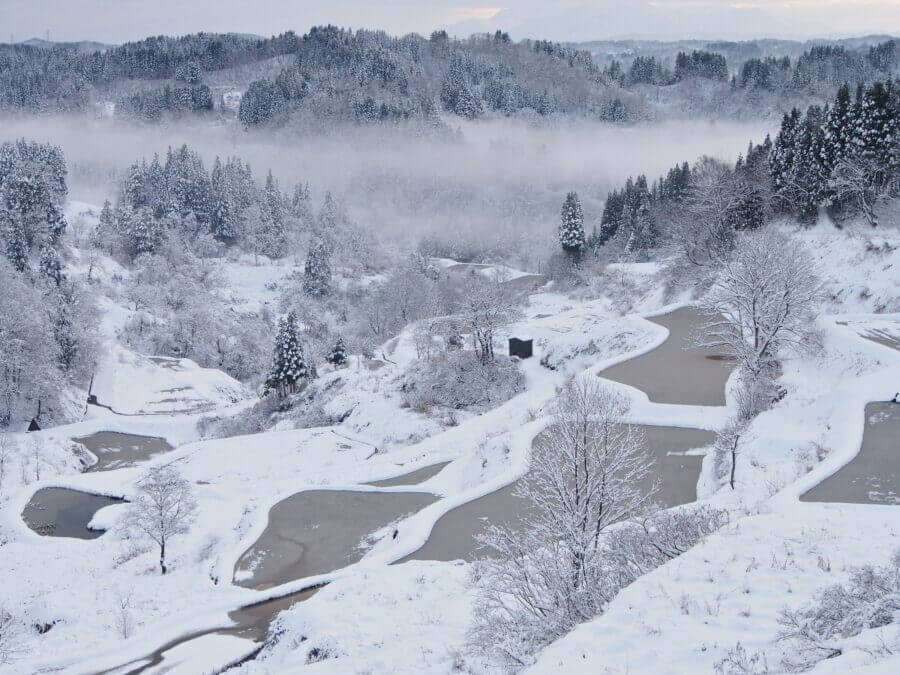 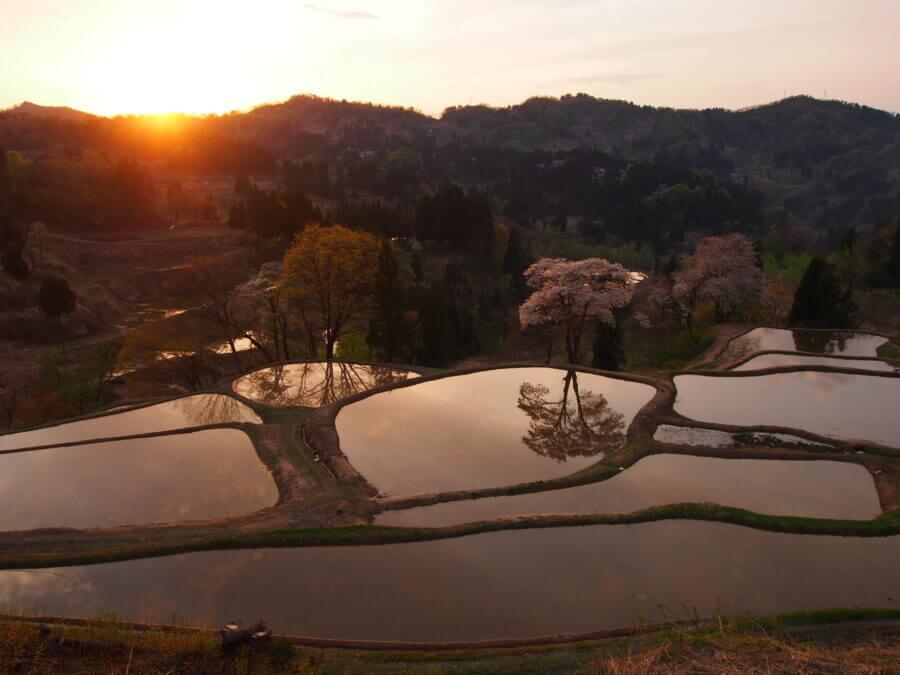 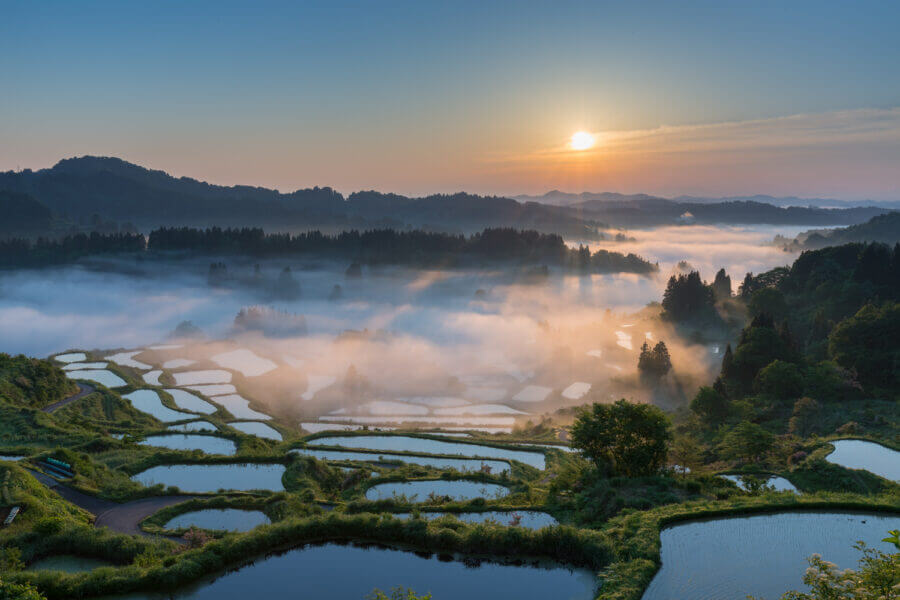