Around 700 years ago, a woodcutter noticed one falcon consistently flying down to the same area and followed it to discover Matsunoyama Onsen – or so the story goes. This onsen water surpasses the basic “onsen” criteria by 15 times over! It has been popular for a long time as a hot-spring health resort that heals those who bathe in its waters. Keep reading to learn the secrets of the Matsunoyama Onsen!! 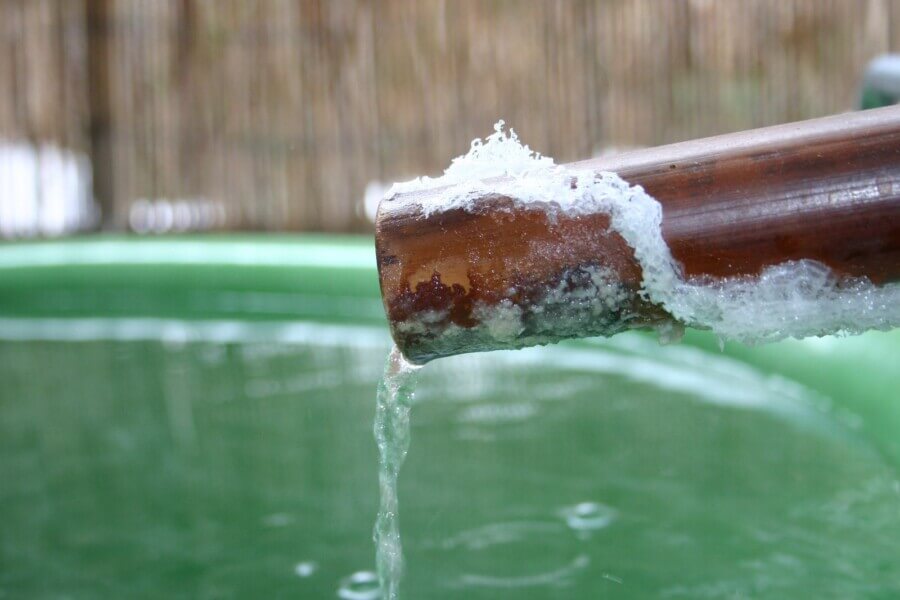 The origin of the super salty spring water

If you happen to get a taste of the Matsunoyama hot spring water, you’ll notice it is ridiculously salty. When water has a high salinity, crystals may form on the spout of the hot spring.
The reason for this high sodium content is fossilized seawater that was trapped in the earth for over 10 million years! In other words, this ocean water from ancient years past turned into hot spring water gushing up from the earth. This makes it a chloride spring, where the water can retain its heat and kill bacteria. The secret of Matsunoyama Onsen is that it was originally seawater and refuses to cool down, even though it has been above the surface for centuries.

The source is how hot!?!

There are multiple sources for the Matsunoyama Onsen, and almost all of them are about 90℃/194℉!! Well, there’s no way you can bathe in that without boiling…
This is due to a rare natural mechanism known as “geopressure” that occurs when hot water within the earth suddenly passes through ruptures deep in the ground to rise above the ground.
Obviously, all of the inns and onsen in this area carefully regulate the water before it reaches the bathes, so don’t be afraid to hop in! 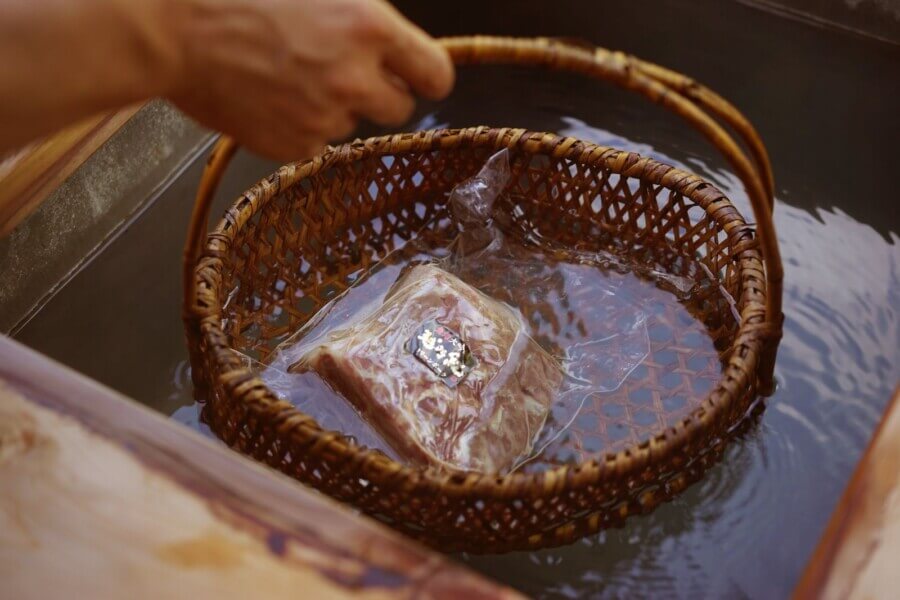 Pork and eggs are cooked in the onsen!

ome of the culinary specialties from Matsunoyama are “hot spring pork” and “hot spring eggs,” which are cooked using the hot spring water.
Hot spring pork is cooked using the topmost grade of Tsumari-brand cured pork (known as koshinokurenai) at lower temperatures in the spring source ranging from 63-68℃ (145-154℉) for about two hours sous-vide. The result is a deliciously tender cut of meat with a taste you won’t be forgetting anytime soon!
Hot spring eggs are boiled for 24 hours at high heat in the spring source. The outside is a tough shell to crack, and try not to be surprised when you peel it off – the insides are a dark brown! This is simply because of the salt content in the spring water. Once peeled, the egg can be eaten just the way it is. 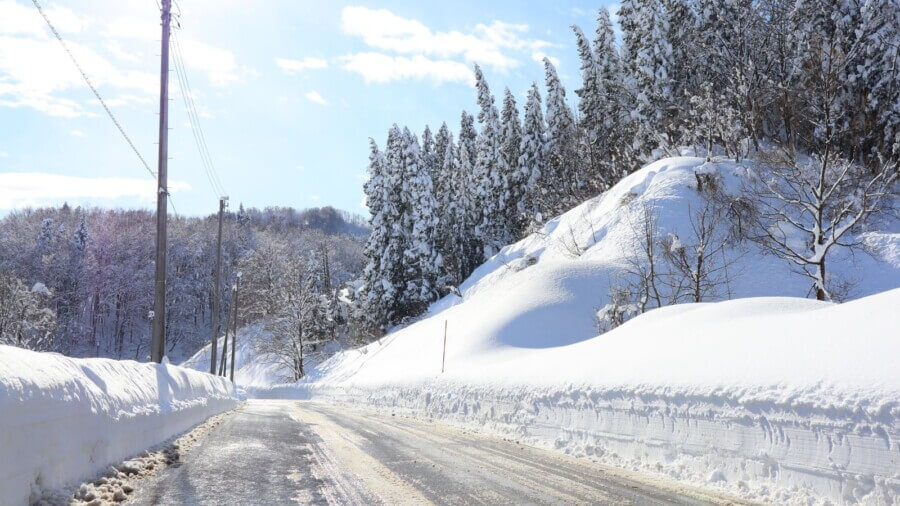 How can this much snow be safe?

Tokamachi gets some of the most snow in the entirety of Niigata prefecture. Matsunoyama gets the most out of the entirety of Tokamachi, with an average of 3.5m annually, and during exceptionally heavy years, as much as 5m or more!
And yet, it is not a particularly difficult place to live thanks in part to the sprinkler pipes underneath the road that use the power of the hot spring to melt the snow while the snow plows do their own removal.
Of course, snow tires are a must for this area, but aside from early morning hours and late evening hours when there is a risk of freezing, please don’t worry about your trip here. (If you’re not comfortable with driving in the snow, there are taxis and some hotels offer shuttles that you are welcome to use!)